Full Moon at Refuge Cove is a 54 minute continuous soundscape of water sounds that I recorded on a summer hike at Refuge Cove, Wilson’s Promontory, Australia.  There’s no music, just the natural sounds of waves and rippling water.

I was the only person at the cove on day two of the adventure. March flies were buzzing around the mics during the day (and biting me), so recording was out of the question. Disappointed, the tent became a safe haven.

When the sun descended, a glorious full moon rose over the horizon and glistened over the silvery water. With no wind, no people, no cars and no march flies, the conditions were perfect for sound recording. So I set off, exploring the two secluded beaches and rock pools.

The recordings start with close perspective waves, including details such as tiny bubbles fizzing in the pure quartz sand. Next various rock pools wash around the mics, creating interesting stereophonic effects.
The soundscape retreats into the dunes and journeys across to a second beach, with sand shaped like marbles. The soothing waves provide the perfect ending to encourage sleep and dreams. 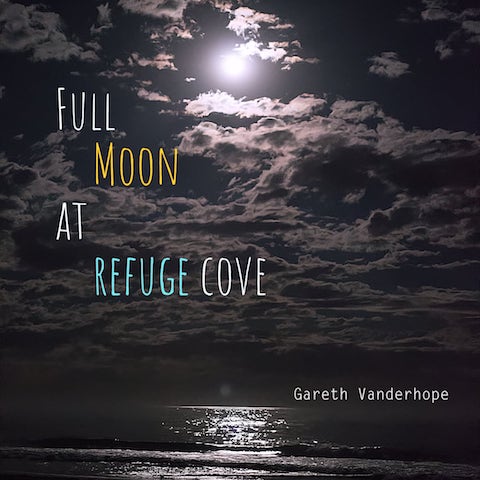 Thanks! An email has been sent to your inbox for confirmation, after which you will be sent a link to download Full Moon at Refuge Cove. Check your junk mail or promotions tab if you don't see the email.